Carl has lived the entertainment industry his entire life coming from a family of actors, performers and musicians he was drawn into the spot light at a very early age. His career has played a major part in the Music, Film and Media industries for 30 years.

In the mid nineties Carl was performing and fronting his band “A Lovesick Dragon” reaching success when their debut music video "Lucy" won a first place industry award at The Birmingham NEC.This was closely followed by signing to Chrysalis Records and being the first band ever to debut their album at 35000ft across the world as part of United Airlines Inflight entertainment system.

Carl has not looked down since and is still writing and performing with A Lovesick Dragon today.

When not in the spotlight Carl has presented his own regular radio show for Radio Verulam in conjunction with NTL cable TV and Recorded, Mixed and Produced an entry into the World Online Mashup Charts reaching a number one postion over night for an impressive seven weeks with Eurythmics Vs Bronski Beat. 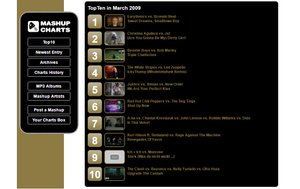 Carl has worked alongside Industry known Producers such as

Solo Studios with Carl at the helm as a professionally qualified sound engineer, technician multi-instrumentalist, actor, song writer and performer provides more than just a service. Carl's advice, experience and creative vision can help with composing, writing and personal direction on a one to one level which is invaluable to any client.

Touring with Band/Artists such as

Carl's love for performing has seen him make appearances on national TV as an actor and supporting artist appearing in shows such as ITV’s Unsuitable job for a woman, Killing me softly, BBC’s Eastenders, This Life, Plotlands and Staying Alive.

We Are The Selfish